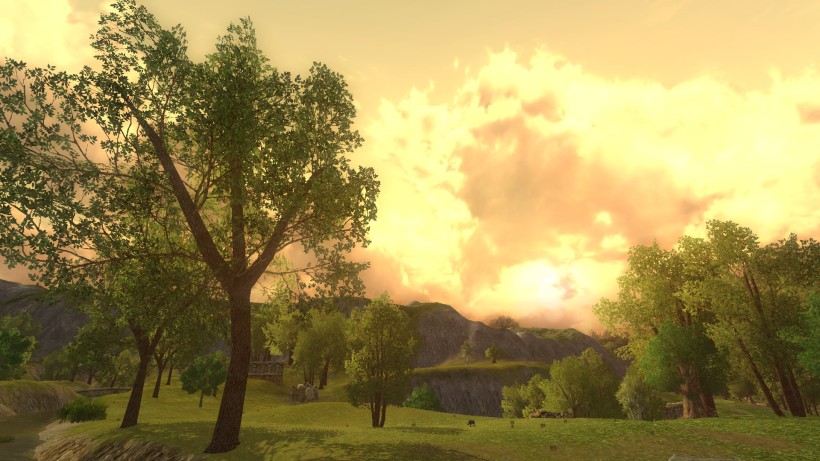 I don’t know who I am any more. I feel so lost. In such a short amount of time, I have gone from a spoiled, selfish merchant’s daughter to a near destitute vagabond scrounging for survival with batted eyelashes and bated breath. Someone leeching off of near strangers for such basic needs as a roof over my head and warm food in my belly. For fancy robes on my back.

I hate that I have become something I loathe. I’ve become our father.

The lines between kindness and manipulation have begun to blur. Misdirected, I have gutted one for an advantage over the other. This passionate need to fight for what I want has destroyed what I want. I want friends, I want family. I want to be loved. But they seem to simply slip through my grasp. I can’t trust myself to differentiate between friend or foe anymore. I am not prepared for a world such as Bree. I feel like I have lost something, and more than just a friend. All to protect myself against the dark rumours that he himself perpetuates by justifying them.

I do not know whether to feel justified or suffer from the terrible loss.

And what if Ninim hadn’t been Ninim, but a person with a past and a face that everyone believes lies? What if someone you trusted told you not to trust her, though she had already told you that people would say precisely that? Who would you believe? Her? Or the rest of a town?

No, I am not prepared for a world such as Bree.

Thus, I am going on a trip. Miss Teiblanc found a necklace that might lead to a treasure and we are going to go seek it. I’m going on an adventure! I am nervous, maybe a little scared, even. But I feel like I am in good hands and cannot foresee any terrible grief that might befall us. Teiblanc is leading us and Eruviel, with whom I now live, wanted to come, too! A man named Torlach is sponsoring the trip; he is something called a Ranger and I feel perhaps a little disturbed. He once saw a bracelet I found on the road and threatened to relieve me of my hands as a penalty for stealing Ranger relics. He is rather frightening, but since then he has bought my art and been very pleasant. It’s down-right wonky.

Falros had agreed to come along at first, though since then we have had a falling out. He warned me that Morty was just playing mind games and manipulating me—his words stung more than I could admit. So I stung back and made as if I were using Morty. I tried to make it seem like I had no emotional attachments to him and that Falros was worried over nothing. But it circled back and bit my heel; he no longer trusts me so suddenly I changed. He didn’t know who I was any more and neither did I. I feel absolutely terrible about what happened—Falros is such a simple man. I did him a grave disservice by giving him my complications and I am so sorry for it.

What should I do, brother mine? How can I fix this—is it even possible?

There was a light dusting of snow the other day, though none of it stuck around for more than a moment. I thought about the Mountain and how the sun would gleam from its peak all year round. How it reflected in the surface of the lake. I try to forget those things, but often they sneak into my thoughts when I least expect it.

I do miss home. You. Little Abbi. But I am not so alone any more. I am making friends. Me! Can you picture it, Eirikr: little Anya sitting in a tavern surrounded with jolly, sociable folk drinking ale! The thought of it would have been preposterous a year ago. But, not any more. I have met many interesting people and all seem to wish to live life to the farthest extent of their abilities. And everyone is so kind here. It makes me wonder what is so wrong with our family that we could never have such freedom.

There is Falros, so boisterous and funny. He used to fight brigands in the Bree-lands and now spends his days merry-making. Father would have thrown him out on his rear the moment he walked through the door. I like him, though. He has a kind heart — kind enough to assist me after a night of rather poor choices when it came to drink.

Next, there is Miss Teiblanc, an Elf like few I have met before. She reminds me a little of the daughter of Lord Haeron. You remember, the one with the silvery hair that could not stop smiling at you that evening at banquet? Father had said she was young and foolish for her kind. I think Miss Teiblanc is young for an Elf and I do not think that is a bad thing at all. She still feels connected to us here and I do not see her looking down at me as I have felt most of her kind do.

Another Elf-maiden, Eruviel, has offered me refuge in the form of her spare bedroom. I cannot believe my fortune! Living with an Elf! Abbi would be so jealous. He always said he wanted to live among the Elves and learn their secret to the undying life. Though, I always wondered if that was because of his fortunes. I worry about him, Eirik. Promise me you will take care of him even though you are busy with your new life with Ninim.

And then there is Mr. Morty Mossfoot. He is the town grave-digger and suffers greatly, though I do not think I have an inkling of all of the burdens he bears. You would probably not like him very much. Father would probably gut him. Come to think on it, so would Mother. He says he is not ashamed of the way folk warn me of him, but I cannot help to think how isolating it is. You see, he’s a bit of a “lady’s man” as one woman said. He flits about from lady to lass, appearing to never settle, though he said he was betrothed before it was discovered he had an illegitimate daughter. My, how I re-read this and find it quite the terrible account of his character. I do not feel as though this is the person -I- know. I see how he loves his daughter. How he took the time to help me find housing before I met Eruviel. How he allowed me to drag him into the Chetwood to find a lost pet. How he looks when he thinks no one can see.

But am I a Tenorbrook any more?

I have my doubts that I will be welcome in our parents’ home. Once this would have terrified me. What have I if not the shelter and benefits of our father’s “love”? How can I possibly survive without his benevolence? How could a stupid girl like me be able to live in the world without him?

But enough of that. You know who our father is and what he is like. I do not have to tell you.

Now that I do not have to pay for a room, I might consider trying to find someone traveling East to bring these letters to you. I want you to know that I am okay. It is the least I can do after what I have done.