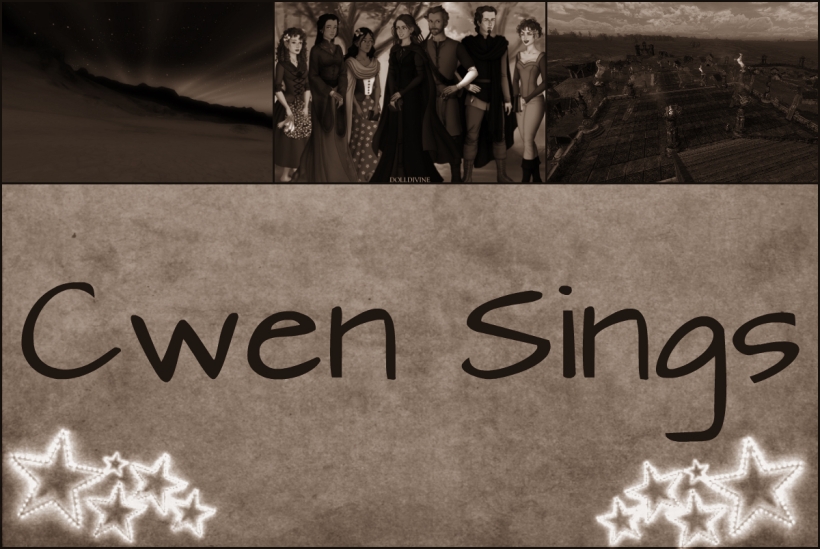 Cowboy Bebop is one of the classics. I don’t care who you are or what you like, you must like CB to be my friend. I mean, Spike Spiegel. Jet Black. Yellow vinyl-clad Faye Faye. Edward Wong Hau Pepelu Tivrusky IV. And Ein. I never had a particular fondness for corgis until I met Ein.

And let’s not forget the music. The soundtrack is absolutely brilliant and plays a vital role in the series. The music of the Seatbelts drives the series as much as the great characters – it is practically a character itself. Therefore, it is easy to use their songs in the soundtrack of life, er, the lives of my characters.

I envision Eirikr possessing the same intensity as Spike. Mellow and relaxed until something gets under his skin and then he’s yelling at Jet for bell peppers and beef sans beef. Calm and collected until he’s scented his prey. Roguish. Charming. And haunted. Broken. But surviving.

Rain is from “The Ballad of Fallen Angels.” Spike is facing he ex-partner who recently murdered their mentor and kidnapped Faye Valentine, who Vicious used as bait to get Spike to show. “When angels are forced out of heaven, they turn into devils…”