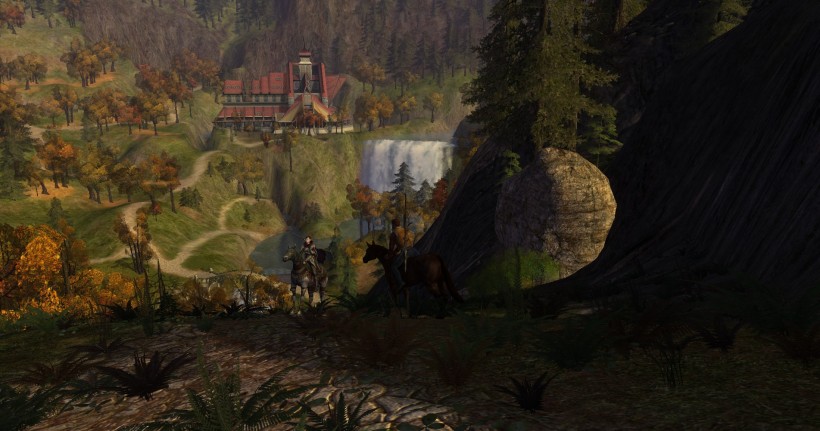 He hadn’t been prepared for its beauty.

Eruviel led the way down the narrow path leading into the valley of Lord Elrond with Eirikr following on Kvígr close behind. Normally rather stoic to begin with, he found no words as she led them over the soft paths toward the stable. There was no hesitation in his steed’s stride as they crossed an ancient bridge made from a fallen tree. It knew the very land beneath its hooves seemed sacred.

Eruviel took him over graceful bridges spanning rushing waters to the Last Homely House where he hesitated on the threshold, questioning his worth. 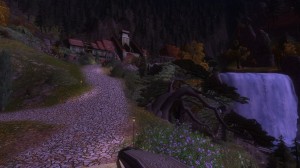 Inside, the vast hall rendered him speechless. In the library where he saw more tomes than he thought could exist in the world, Lord Elrond greeted him by name, to which he reacted like a nervous schoolboy afraid of reprimand. He had a vague notion that the Lord of the valley and Eruviel had been exchanging silent and amused thoughts about him as he stood there wishing to be gone already, but unable to get the desire to go.

After his introduction to Lord Elrond, Eruviel introduced him to an Elvish meal and as they ate, he brought up something that had been in his mind since she let it drop on their way from the stables.

“So, you said you were fifteen hundred years old?”

The question had caught Eruviel off guard, but she recovered quickly and with an openness that he found unsettling. She was not like most Elves he knew from his work on his father’s trade routes. They were tolerant, even welcoming, but never so revealing or open about their pasts. Or that they had loved…Men.

He looked out over the vale from the balcony of his room and licked his lips. Eruviel had said her first kiss had been to a Ranger. And she had been married to a captain of Gondor. Rubbing his chin, he pondered why he kept pondering this fact. 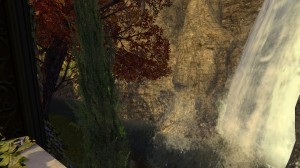 His room overlooked the falls behind the majestic building. He could feel the gentle spray even as he leaned on the rail and took a deep, cleansing breath. A peace fell over him that he hadn’t known since leaving Dale in pursuit of his sister and he closed his eyes for a moment, just breathing.

He let his train of thought flow without interruption. It drifted over mountain and forest and dipped low over the waters of Long Lake, through the streets of Esgaroth and into the tiny front room of a low stone house. Ninim sat there, knitting. Her kind face shone despite the man sitting across from her who was not her husband. She remained composed as the man drank ale from Eirikr’s flagon. She rose and refilled the drink at the man’s request. She excused herself and went to bed, securing the door behind her with a chair beneath the knob and lifting the pillow to ensure the knife still lay hidden.

Yes. Ninim could play the game; she would take care of herself the best she could. He did not give her enough credit, he realized as the falls drowned out all other sounds and forced him to focus on things with a fresh eye. Nevertheless, she needed him and he needed her.

“I am coming, Nin,” he whispered to the wind.

The stab of worry seemed to ease and his thoughts drifted north, to Dale. Yes. Ninim and then Abiorn. Once his wife was secured, they would be free to retrieve his little brother. Something told him the move would be unexpected. If somehow Sven escaped and sent word to his father, Eirikr knew the man would assume they would flee immediately. A smile tested the muscles of his face; Kolrson would send men out to search and leave himself vulnerable. Eruviel and he would then have an advantage.

The Elf baffled him. She seemed more Man than Elf and had an uncanny knack of loving and accepting that had first put him on edge. No one would just welcome some stray woman into their home and expect nothing in return. When he showed up with the coinpurse, he had fully expected a demand of compensation from her, but none came. Then, after his injury, she allowed him shelter to recover. Again, asking nothing.

Now, she accompanied him to Dale. But why? She called Anya sister and her love for the woman clearly explained an investment in the outcome of the journey. But why so insistent in accompanying him? Hadn’t she mentioned her own reasons…

There. A piece that he had missed. What personal interest did Eruviel have in Dale? She had never been there, in her fifteen hundred years. What was there now that had her so interested in facing the cold of the Misties and the shadows of Mirkwood?

He must find out.

Exhaustion fell even as he came to the conclusion of his thoughts. His hair was slightly damp from the mists and he turned to find his first good night’s sleep since he learned Anya left Dale. Leaving Dale. Going. Leaving Bree. Going.

His journey would find its end in one or the other. 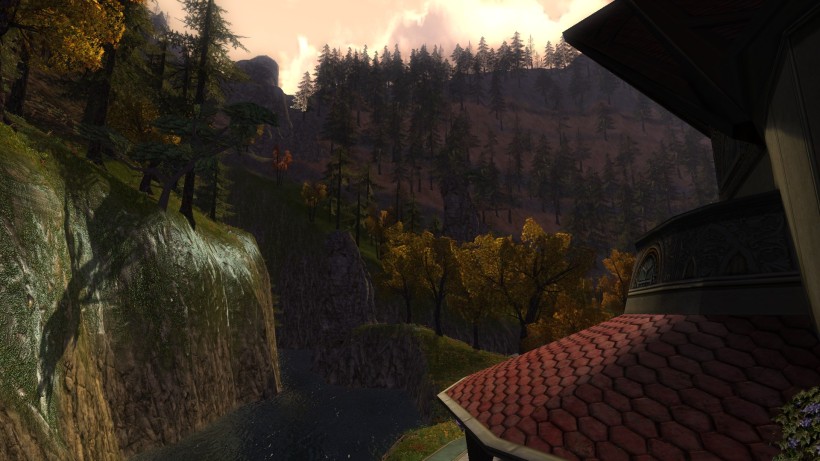 The Last Huntress of The Dreadward Tribunal

A stagnant air hovered over Ost Guruth. Eruviel could sense the restless spirits from beyond the Red Pass, and the weight of their wickedness and sorrow made her skin crawl.

Eirikr walked up beside her and looked out as the sun crawled up over the horizon. “Sleep well?” he asked gruffly.

Biting her lower lip slightly, Eruviel fixed her cloak over her shoulders. “No, unfortunately. But it was sleep, I suppose.”

Eirikr turned his head only slightly to look at her as he started for the stables. “It was rhetorical. I didn’t realize Elves slept.”

“Some times,” she said with a small smile, shrugging as she followed him down the broken stone steps. How little the man knew of the Eldar. They did not sleep, not like the race of men did, but they required rest just as much as the other children of Iluvatar. How she delighted of visions…